Damir Šabotić will speak on the transcultural communication and cultural mobility that have been crucial for the overall social revitalization of the Sephardic community since the end of the 19th century when Ashkenazim came to Bosnia and Herzegovina, and especially between the two world wars when the cultural and national revival of Bosnian Jews reached its peak.
Different models of cultural mobility are manifested in the interaction of different mobilizers, as Stephen Greenblatt calls them – agents, translators, mediators – who facilitate intercultural dialogue, create contact zones where cultural goods are exchanged. Thus, in the late 1920s and early 1930s the Spanish avant-garde writer Ernesto Gimenez Caballero, then editor of Madrid‘s most important avant-garde magazine La Gazeta Literaria, undertook a fashion and cultural mission among Balkan Jews. This type of cultural transmission also shaped the structure of the field of Jewish literature. Kalmi Baruh, a young Sephardic philologist and Hispanist with a doctorate from the University of Vienna, described Caballero‘s visit as a first-class cultural event and idealized a new era for the Sephardim of the Balkans.

Damir Šabotić was born on 2nd March 1978 in Belgrade. He graduated from the Department of Philosophy in Sarajevo and is currently a PhD student at the University of Graz. He works on the topic of Bosnian Jews’ cultural identity between the two world wars and researches Jewish literary and cultural production in the Jewish newspapers of Bosnia and Herzegovina, which played a crucial role in creating a national self-consciousness and in establishing the field of Jewish literature as an important part of regional cultural production.Šabotić published the poetry collection Privatna svetilišta (Sarajevo, 2006), short stories Zazivač meleka (Sarajevo 2008) and the novel Nađi me (Sarajevo, 2013), which was nominated for the European Union Prize for Literature in 2016. Furthermore, he has published essays on Bosnian literature. He lives in Sarajevo. 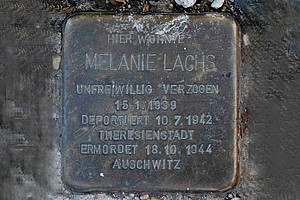 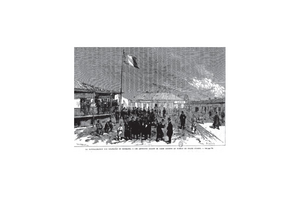 KORREKTUR: Europe from the periphery. Writing the Balkans back into the history of Jewish internationalism (nur ONLINE) 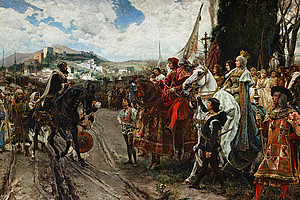 Extended Deadline!   The Field of Excellence “Dimensions of Europeanization” welcomes wide range of paper proposals from different disciplines to…